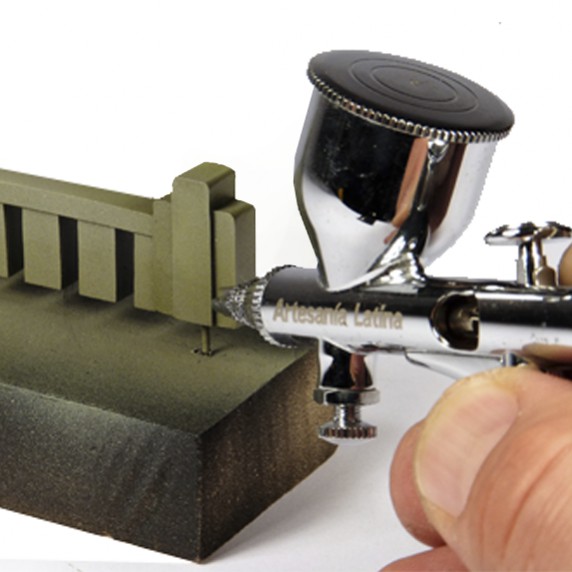 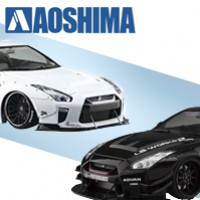 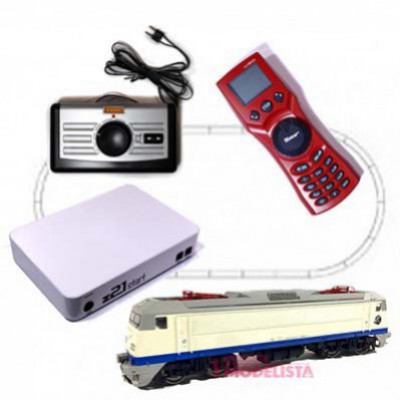 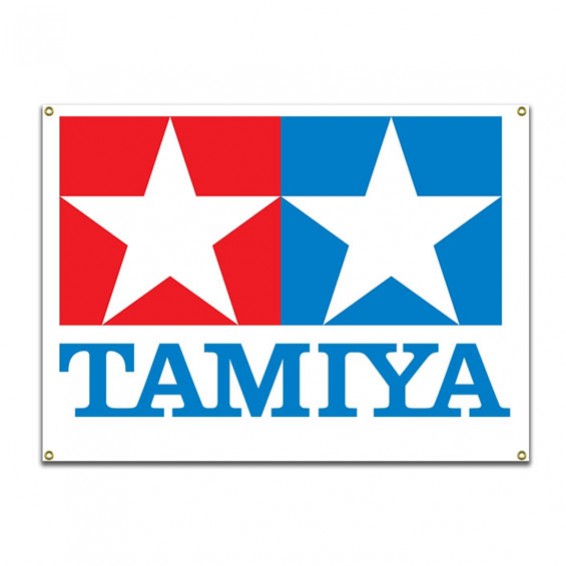 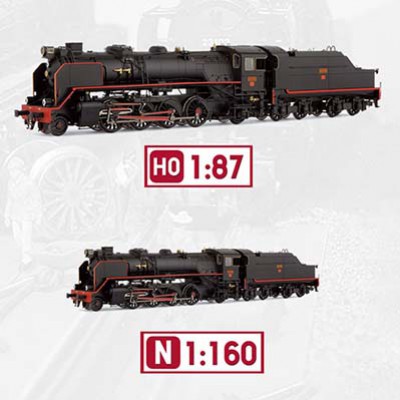 The starter sets are one of the best options to get started in railway modelling, and maybe the most usual between the modellers. Its main advantage is an atractive price and be able to get in one just product everything needed to start a small circuit.

The feeling of opening our first starter set is probably an unerasable memory for any modeller. However, sometimes we have that bittersweet taste of not having been absolutely succesfull with this first purchase. The reason of this post is exactly to guide the new modeller who fronts the challenge of getting started in tis wonderfull hobby through a "Starter Set".

In the market we can find starter sets from different brands, more or less completes, but all of them have in common the essence of its content:

However, we should not be obsessed with finding the perfect set for ourselves, because the range of options is relatively small and, except specific cases, it can be complicated to find a set that fit one hundred percent to what we are looking for. A starter set in railway modelling is always a good start, which will allow us to get the first steps in this hobby before thoruing ourselves to the construction of a model.

Regarding to the tracks, we should not forget that the proposed circiut can always be expandable in the future. If the type of tracks from the set are not the ones that we want to use, we have the option to use them in hidden areas, as trial circiuts, etc. The tracks are probably the less important factor to think about when we are going to buy our set, specially if the circuit is simply an oval, with no turnouts or aditional accesories (as engines or decoders).

In the market there are basically two types of starter sets: Analog and digital. We are going to analyze what will we find in both of them.

In this kind of starter sets we are goping to find, in addition to the track circiut, an analog composition and a controller (with its power suply).

The pluging of all these elements is extremely simple. We will join all the track pieces following the base circiut proposed by the manufacturer. In the future, when we extend the circiut, we will be able to do it without the "base" template. One of the tracks will be the one with the feed, and it will be easy to recognice because, or it has integrated wires, or it has some element where you can plug those wires. In the same time, the wires that feed the tracks come from the controller, that is the device which allows us to control our material. Finally, we should plug the controller to the power, usually through an independent power suply.

We should remind that, in analog systems, as higher is the voltaje, faster will go our trains. This is exactly the controller function, that begins with a repose position, wothout any power suply to the tracks, and it will progressive increase activating it. This controllers also have a reverse sense system, which activates turning the controller to the opposite side, or getting to a position that reverses the poles.

We also should highlight that railway modelling tends towards the digital world, and therefore the analog starter sets are becoming less common. We will have probably less variety to choose if we decide to get an analog system.

If we decide to get a digital starter set, we will find the same elements described before, with two specific changes:

The connection of the different components in a digital set is equal to the descrived in the analog ones, considering that in this case, we will plug the wires from the feeding track to the correspondent plug from our digital central.

We also have to consider that some centrals are composed, in addition to the power suply and the central itself, from a control which is puged to the central, and through which the model is controlled.

In these stater sets, the locomotives and railcars come pre-setted in the central, so we won't need anything else than plug and play. In some of the cases, the digital starter sets are more complete, and they can even include sound locomotives, motor turnouts or digitalized turnouts, etc; althought it is not the most usual.

These two brands manufacture the most popular starter sets in the market, and which most fans choose, so it worth it to stop and analyze them with more detail.

Roco and Fleischmann are registred brands from the same manufacturer (Modelleisenbahn München GmbH), both of them have a huge trajectory on railway modelling. From a time ago, Roco is in charge of the manufacturing of the H0 Scale, and Fleischmann of the N scale. The most part of their catalogs are occupied of german railway, but we also can find material from other countries, France, Italy, Austria, Switzerland... and also Spain.

Nowadays, according to the most common current, the sets they put in the market are exclusivelly in digital system, with their central “z21 Start”, and a MultiMAUS control (that can be with wire or wireless).

The “z21 Start” is an excellent central to get started, it is sold exclusively in initiation sets, and its price is comparatively better than the most part of similar centrals in the market. It also allows the extension of its capabilities through an unblocking code (sold apart) which allows the control of the model through Tablets and Smathphones, downloading the app needed. The most advanced starter sets from both brands have also included a router and the z21 unlocked.

The tracks traditionally included on Roco sets are the named Geoline (with plastic ballast). As these tracks are going to stop being manufactured in the coming months, the new starter sets will include the Rocoline tracks (with rubber ballast).

In the case of Fleichsmann starter sets, they usually include the "Profi" tracks (with plastic ballast).

As the most part of modellers in Spain prefer the models with ambientation inspired in our country, it is usual to look for a starter set with RENFE material to get started. We should point that here the variety is almost nule, so we will have to adapt purselves to what we can find in that moment.

In the case of RENFE analog starter sets, the only manufacturer who offers some product is Electrotren (H0 scale).

If we are looking for a RENFE digital starter set, in this moment there is available only the Roco set with the 307 locomotive.

In our online catalog we always try to offer the starter sets available in each moment from the main brands who manufacture this kind of product. Usually Electrotren, Fleischmann and ROCO.

In the following link you can find the sets available in each moment: