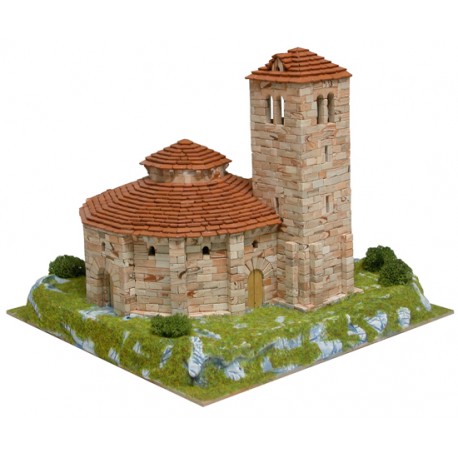 The church of La Vera Cruz is in the province of Segovia, Spain. It is a church dedicated to the Holy Cross that was probably built by the canons of the Order the Holy Sepulchre. It belonged to the Order of the Temple, later passing into the administration of the St John's Order, consecrated on the 13th of April 1208 according to what can be read on a tombstone placed on one of the walls. In 1224 it housed the reliquary of the Holy Cross. The central chapel is surrounded by an annular ambulatory covered by barrel vaulting. It is formed by a central ground plan building of 12 sides, with a head of 3 echeloned apses in the east and a fan-shaped façade in the west. From an architectural standpoint it is a complex construction, built over a lower floor and similar to a crypt. It is covered by a small dome supported by two parallel ribs that support the walls of this dome.