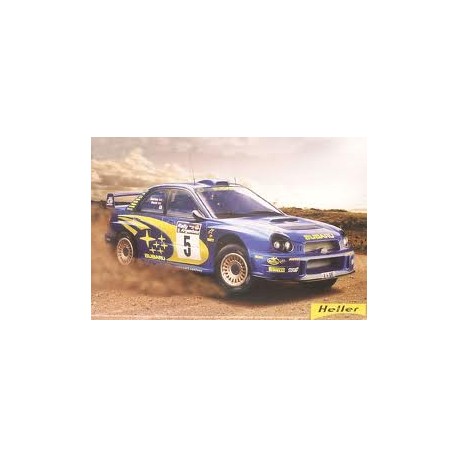 Assembly plastic kit of a Subaru Impreza WRC 01, piloted by Richard Burns in the Rally of Argentina (2001).

The new Imprezza WRC appeared for the first time during private trials, a few weeks before the start of the 2001 Monte-Carlo Rally and was greeted with much surprise since it is a 4-door sedan, unlike the previous model.