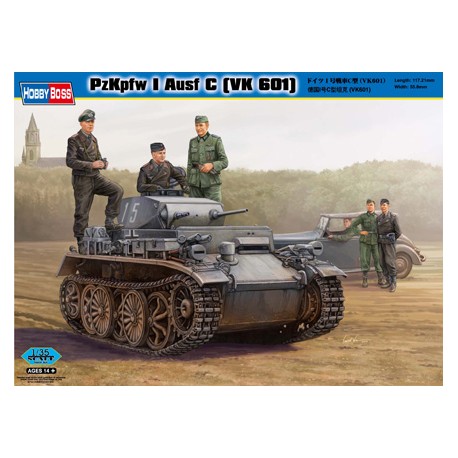 Two more combat versions of the Panzer I were designed and produced between 1939 and 1942. These new tanks had nothing in common with either the Ausf. A or B except name.One of these, the Panzer I Ausf. C, was designed jointly between Krauss-Maffei and Daimler-Benz in 1939 to provide an amply armored and armed reconnaissance light tank. The Ausf. C boasted a completely new chassis and turret, a modern torsion-bar suspension and five interleaved roadwheels. Forty of these tanks were produced, along with six prototypes. Two tanks were deployed to 1 Panzer Division in 1943, and the other thirty-eight were deployed to the LVIII Panzer Reserve Corps during the Normandy landings.