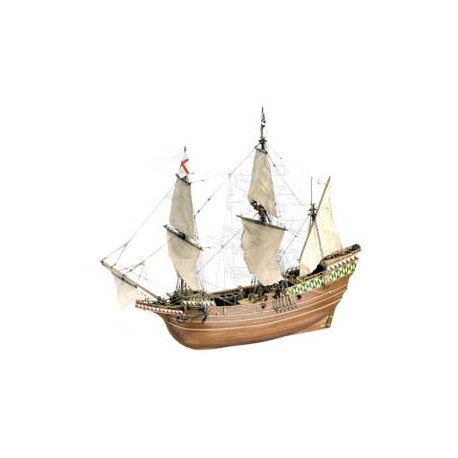 Their religion having been declared illegal, a group of English puritans set sail for America in the Mayflower, on 6th September 1620, under the orders of the ship´s captain Christopher Jones. It was aboard the ship´s launch that the emigrants first explored Cape Cod and the surrounding area, discovering the site which they chirstened New Plymouth in honour of their port of departure. The Mayflower was destroyed on its return to England in 1624. A replica was built three centuries later and presented in the ports of New York, Miami and Washington, it presently serves as a floating museum, riding at anchor in the port of Plymout, United States.