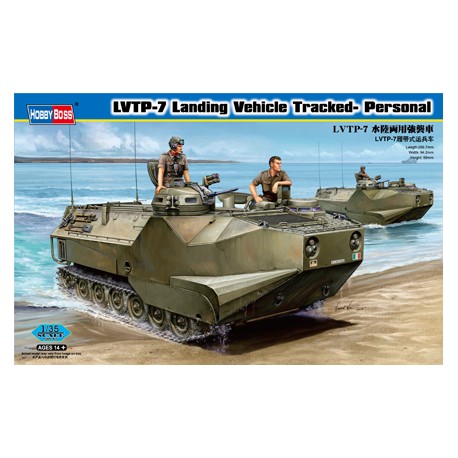 The AAVP 7A 1 is equipped with a new up gunned weapon station that is more reliable and provide greater fire-power than previous models. It mounts an MK19 40mm grenade launcher and an M2 HB CAL 50 machine gun in coaxial mount. The weapon station allows the gunner to engage targets out to 1,500meters and to traverse a full 360 degree at a speed of 45degree per second. The improvements incorporated in the AAVP 7A 1 represent an impressive upgraded performance. The AAVP 7A 1 carries a crew of three plus 21 combat-equipped troops or 4,536kg of cargo from ship to shore. The addition of applique armor, an automatic fire suppression system, bow plane and improved transmission results in a vehicle with superior capabilities. In order to achieve commonality, the improvements developed for the AAVP 7A 1 have also been adapted to the AAVC 7A 1 and AAVR 7A 1.