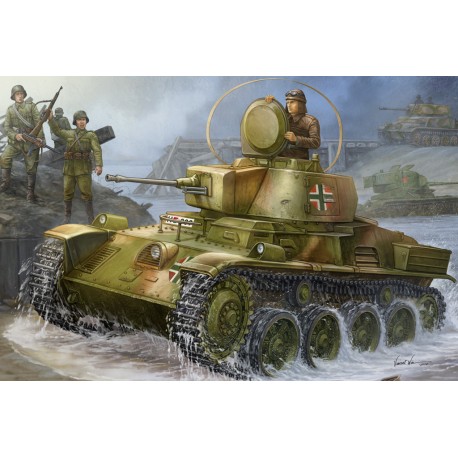 The 38M Toldi was produced and developed under license from Swedish Landsverk L-60B between 1939 and 1942. Only 202 were produced. Toldi tanks entered Hungarian service in 1940. They first saw action with the Hungarian Army against Yugoslavia in 1941. These tanks were mostly used against the USSR between 1941-1944. Because of their light armour, armament and good communications equipment, they were mostly used for reconnaissance. The design was no match against Soviet T-34 medium tanks encountered during the early stages of Operation Barbarossa.