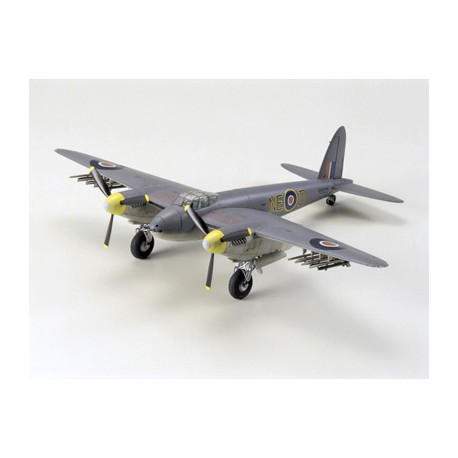 The De Havilland Mosquito was a British multipurpose aircraft Mosquito widely used during WWII. This model can be assembled to depict the FB Mk.VI (the fighter-bomber which was the most produced), or NF Mk.II night fighter.