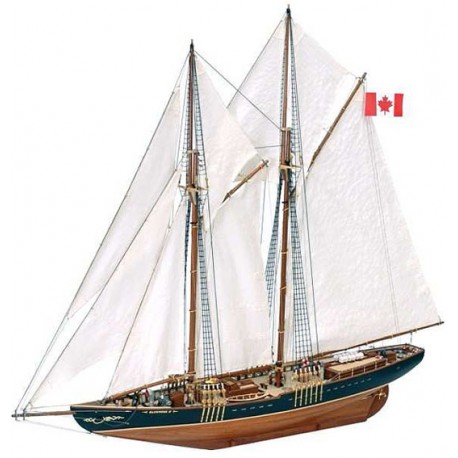 The Bluenose was launched in Nova Scotia in 1921 to fish in the rich seas of Newfoundland. Its fate changed quickly, however, because it won every race it entered on the US´s Eastern Seaboard. It became the fastest yacht until it was shipwrecked on a Haiti coral reef. The Bluenose II, built in 1964, is a replica of the original Bluenose. Artesania Latina invites you to reproduce one of Canada´s greatest ships.